The unknown world of size

You think timing is everything in markets? Think twice!

Timing is not everything. Size matters!
Typically investors size their trades arbitrarily and notional stays fixed until exit. When losses occur they increase the size of the position to reduce the average cost of the trade. In effect they employ a small martingale game.

In martingale games, the size is increased at each subsequent loss until gains are realized. However, the strategy generates enormous bets and eventually disaster.

The opposite is an anti-martingale strategy where the size is a proportion of portfolio equity. When this proportion is fixed (a special case) we deploy a fixed fractional strategy.

Fixed-fractional is a superior strategy. It maximizes growth on favorable games while it protects the capital otherwise. 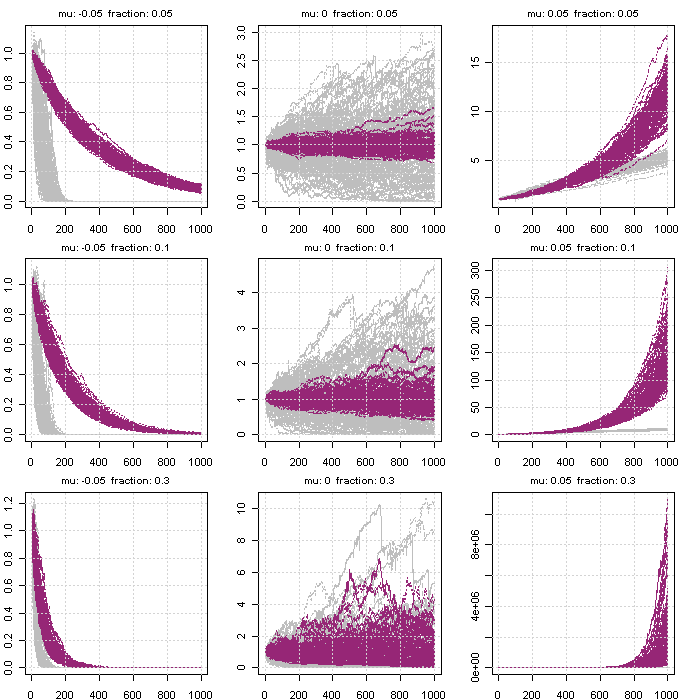 Contrary to conventional thought, increasing the position size does not necessarily increase average return. There is an optimal point where average return is maximized. One should aim to reside on the left side of the bell shaped curve.

Assume a winning strategy where:

Assume a winning strategy where:

Any cookies that may not be particularly necessary for the website to function and is used specifically to collect user personal data via analytics, ads, other embedded contents are termed as non-necessary cookies. These cookies may be stored on your browser only upon your consent.